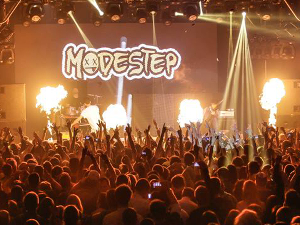 Spectacular balls and columns of fire reaching up to 10 meters. Electronic control system enables us to generate single flames and create spectacular shows which are perfectly synchronised with music. Dynamic and fierce, flames make a huge impression on spectators and the heat they emit can be felt from a distance of over ten meters. We offer two types of flames:

We have both indoor and outdoor flame projectors which can be operated in all weather conditions, including rain and snow.

Our flame generators during events: